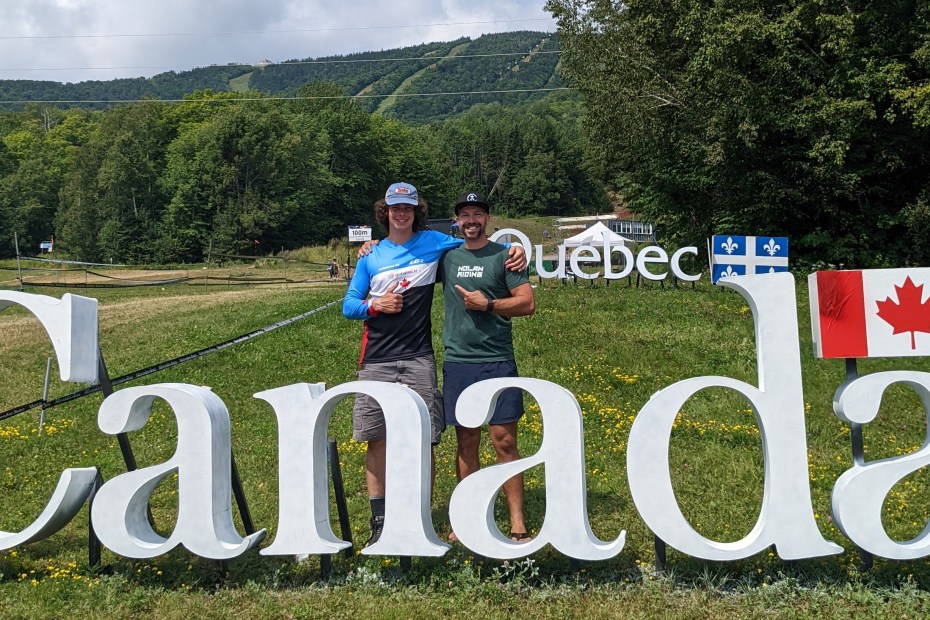 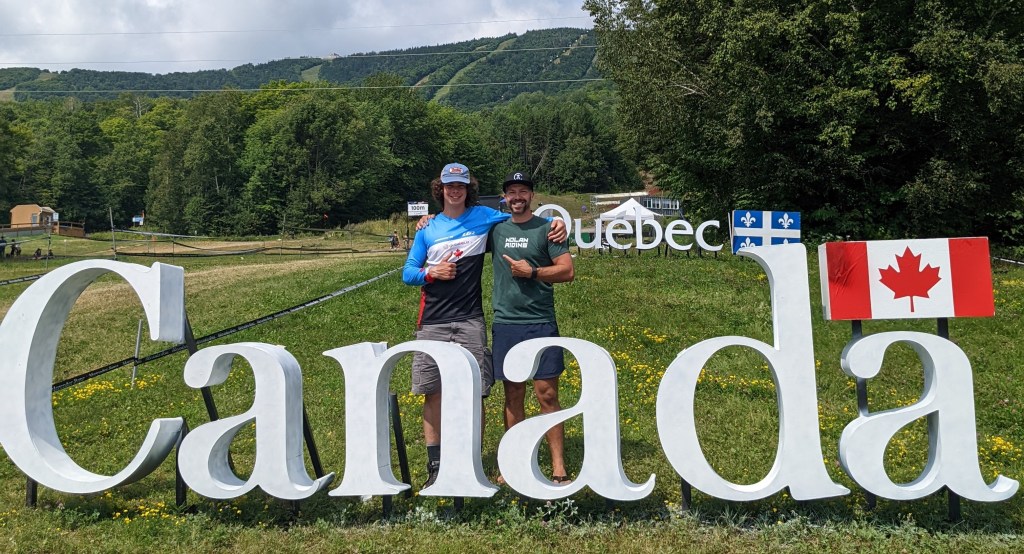 I’m so excited to share this news with you! One of our original riders, Henry Sherry (circa 2014) who has been riding with me since the beginning, just competed yesterday on the world stage at his first ever DownHill World Cup at Mount-Saint-Anne QC!
This is a huge achievement for Henry, for Nolan Riding, and for the Vancouver Island riding community. Henry (17) was invited as a first-year UCI Jr Expert just weeks ago after successfully finishing in the top 5 provincially and nationally during his 2022 season. Henry witnessed his first world cup race in Whistler at the age of 8, where he saw Stevie Smith race and experienced the wild energy that is downhill MTB racing. In Erin’s words (his mom) the fire was lit at the very moment in time! I met Henry soon after his Whistler experience, and the rest is as they say, history!
The suspense! I know, I know. How did he do at the World Cup?! Well, let me tell you, first he qualified in the top 25. Which in and of itself was his primary goal! In a stacked field of over 45+ riders, Henry needed to beat half the field just to get the opportunity to race in the finals. After qualifiers on Friday, Henry was set to race in the finals on Saturday. We spent Friday night walking the entire course, talking lines and tactics, and I could tell that Henry was dialed mentally for the biggest race of his life (so far).
For his race run on Saturday Henry brought everything together, all his training, all his previous race experiences, and all the preparation that led him to this point. As he launched out of that start gate and into one of the best runs of his life, he was right where he needed to be, where he deserved to be. Henry had a strong, clean run and pulled off position 16 out of an incredibly talented field of racers from all over the world.
What an amazing first World Cup experience! Congratulations Henry! And warm heartfelt thanks and gratitude to everyone who has helped Henry along the way on his journey, from local bike shops, to mountain bike families and friends, to everyone who generously donated to help Erin & Henry get here! We couldn’t be happier to share this news with you!
– Patrick Nolan
Tags:bikebikescompetitionDHenduroeventisland cupmountain bikemountain bike racemtbracingtrailtrailsvancouver islandWorld Cup
Loading Comments...